This summer we did something a little different from our normal routine of writing about traffic products. We ended up putting what we think may be the first traffic cone in space. We teamed up to help a team called “Scrumtrulescent” in taking part in the GISHWHES scavenger hunt.

Why a traffic cone? and why space?

With Elon Musk recently sending a car into space, we will soon be needing to think about regulating car traffic in space (well maybe not that soon).

For that reason, GISH set out a challenge to put a traffic cone or road sign into space.

Being somewhat familiar with traffic cones we were well up for the challenge. In partnership with Sent into Space we were able to launch our traffic cone and get some great photos, and even a video!

We think that it may have even been the first traffic cone to get up into space! 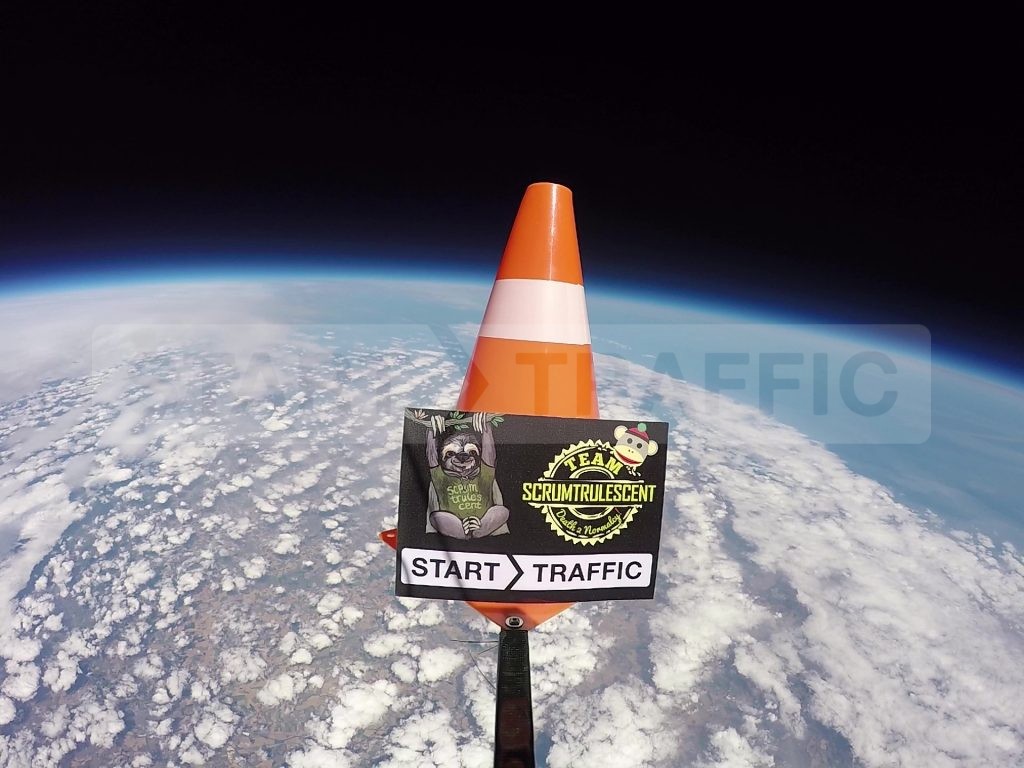 Gish is a worldwide scavenger hunt that sets out challenges for all sorts of reasons. It was set up by actor Misha Collins and has grown quickly. With various prizes being awarded to teams that compete and win challenges.